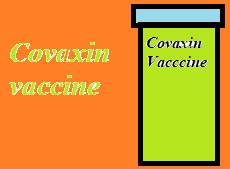 Since outbreak of corona virus leading to worldwide even the largest economies with best health care was brought to knee. Since there is no measure which effectively can spread the disease virus everywhere lockdown was imposed and in many places economies continue to be shut with no signs of getting normalcy in near future.

As yet no effective medicine is found everyone is eagerly waiting for vaccine to get launched. Many companies are in race to launch vaccine as earliest as possible. India’s Serum Institute and Bharat Biotech are two of many companies leading the race.

Amid the recent news of Russia launching corona virus vaccine against COVID-19 and named it SPUTNIC-V there is good news coming from India. The latest news is about Covaxin vaccine.

Covaxin vaccine which was developed by Bharat biotech with Indian council of medical research (ICMR) along with National Institute of Virology, Pune was under clinical trial phase 1 in humans. The trial was started in early July this year after needed approvals and documentation. The good news is result of phase 1 trials in human for Covaxin vaccine has come. It is looking promisingly safe in humans.

This the key result that allows a vaccine to enter in phase 2 and 3 of clinical trials. A report in The Economic Times, citing Dr Savita Verma, the principal investigator who is leading the trial at PGI, Rohtak, said that no adverse events have been observed in volunteers who received the vaccine at the site, indicating that COVAXIN is safe. According to the report, trial investigators are collecting blood samples to assess the vaccine’s immunogenicity while volunteers are being vaccinated with the second dose.

Safety being assured now investigators are collecting blood samples of those participated in study and as given vaccine to see the level of immunity they produced with single dose. They formalities of phase 1 clinical trials will be completed by end of Aug 2020. The second dose will be given to the volunteers.

If everything is found safe and effective after the rigorous studies the vaccine is likely to be launched in middle of year 2021.

Clarified this fact now, it is clear still long way to go for Covaxin vaccine. Covaxin vaccine being completely developed indigenously everyone has high hopes and everyone is waiting for the said vaccine.

Few days back Serum Institute of India who got donation from Bill Gates had announced the launch of their vaccine which is in further clinical trial soon. They are planning to launch it at cheapest rate of 3-4 USD about 150 rs in India and other developing countries.

Covaxin vaccine is inactivated vaccine. Inactivated vaccine is a vaccine against virus. The real virus is inactivated using the chemicals like formalin or other chemicals and physical procedure and they are suspended in liquid form. When this liquid is injected in the host the immunity of the host recognized the antigens on the inactivated virus and produces immune mechanism against the virus. This immune mechanism is remembered by the host immunity. When real virus attacks the immunity rapidly ramps up the immune response to fight against the virus. Thus though infection may occur virus entering the host, immunity stops it at early stages preventing the disease.

This same mechanism will be used for Covaxin vaccine which currently under trial. The trials are done to ensure that vaccine is effective, that is hosts are able to produce immunity against the disease for which vaccine is given. Also trials ensure the check of safety of the vaccine and its side effects. If found safe and effective, it is approved for use in humans. If found neither safe nor effective, it is disapproved and cannot be used in humans.

Even after the launch of vaccine the effect and side effects are observed. Some rare side effects may not be clear during the clinical trials and they may seen after given may thousand even lakhs of doses given as their frequency may be low. This is called as phase 4 clinical trial.