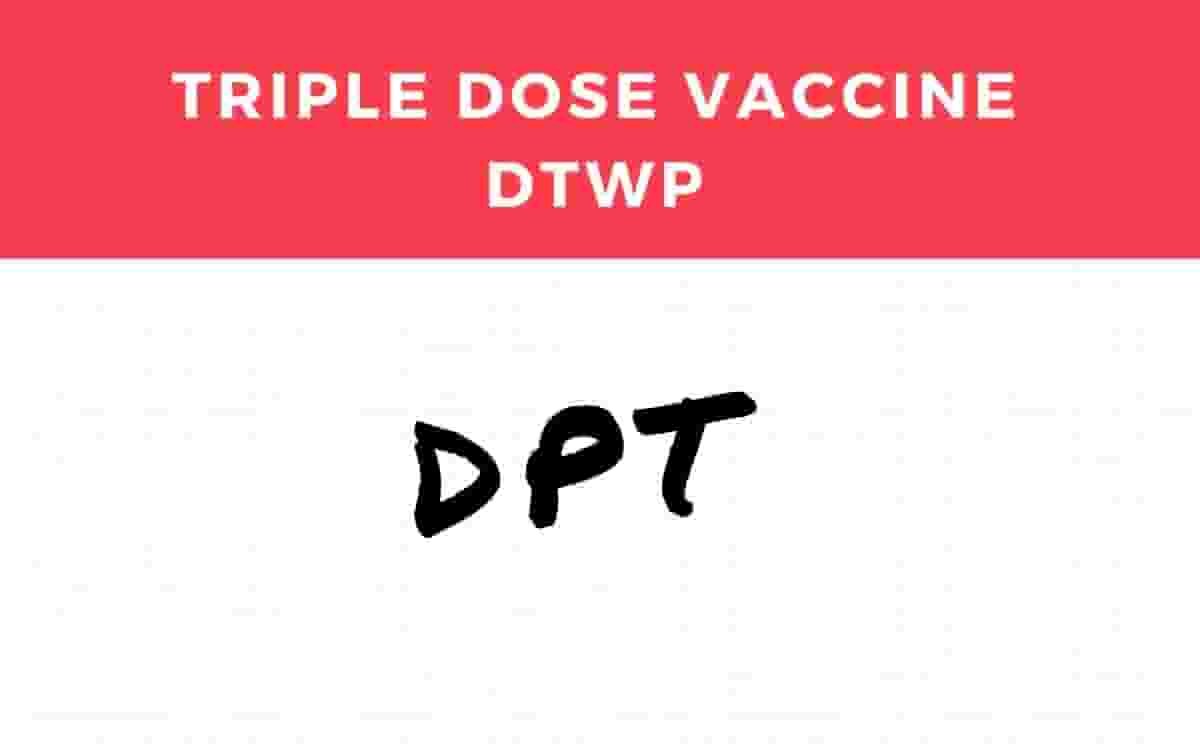 Previously diphtheria, pertussis and tetanus used to be a major health concern in the world. Worldwide there used to be large number of deaths in children below 5 years of age due to these diseases. DPT Vaccine is one of the vaccines which is part of universal immunization schedule. It should be given to all children. It is a trivalent vaccine. It is included in national immunization schedule of many nations. Still the coverage and acceptance is far below in many nations or parts of nations.

What is DPT triple or DTwP vaccine?

How the DPT or DTwP vaccine stored?

The vaccine is store at 2-8 degree Celsius temperature. It should not be frozen. If frozen accidentally should be discarded.

How DPT or DTwP vaccine is administered?

DPT or DTwP vaccine is in injection form. It is given as injection in deep intramuscularly. Preferably on anterolateral aspect of thigh.

At what age DPT or DTwP shot is given?

What if DPT or DTwP vaccination is missed?

If missed this vaccination should be given as earliest as possible. DPT can be given till 7 years of age at least 3 doses. Above 7 years of age DTaP or Tdap is used instead of DPT or DTwP.

If someone gets the disease should he still get DPT?

If someone already got ill by diphtheria, pertussis or tetanus and survived these illness he/she should definitely get the vaccine shots as recommended as these diseases do not produce permanent immunity in body and there is chance of recurrence of disease in future too.

What are alternatives of DPT/DTwP vaccine?

What are side effects of DPT triple and DTwP?

To whom DTwP or DPT triple vaccine is not given?

Side effects are part of vaccination and if compared to the disability and mortality due to these diseases it appears the side effects are very mild and can be manageable at home with simple medications.